Wow. This is a great announcement I can make. You know there are a couple of things you just want to check of your bucketlist right? For me, I already had a couple of items checked off.  Like racing at Spa Francorchamps or performing at a national theater. But this was certainly on there as well. And now comes the chance to check this one off too. Speaking at a TED conference.

I was invited by the organizer Johann Stan, who I met last year at a Samurai Game, facilitated by my good friend and former Aikido Sensei Lawrence Warry. We talked some time, had a couple of drinks and talked some more, and we met again at a Samurai Game last year November. After Lawrence was already preparing for his appearance at the same TED stage, Johann contacted me to ask if I was interested to come talk about my method on finding happiness too. I still can’t believe this is actually happening. Next month I will fly with Lawrence and Johann, who also lives in The Netherlands, to his hometown in Romania, Targu Mures, and for that weekend we’ll be all into the TEDx event.

Thank you, Johann, for this opportunity and welcome in my life. You make me humble and I feel honored that you invited me for this event.

The writing has already started…

to be continued. For sure.

Getting your shit together

TEDx is full of abundance 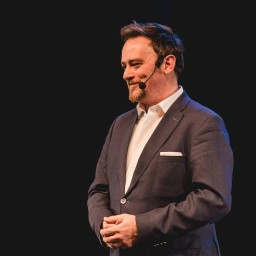